Bio-Magnetic Pair Therapy is a scientifically proven1 complementary and alternative treatment method that helps restore and maintain physical and mental health and balance.

The technique scans the body for pH imbalances that are often at the root of organ and glandular dysfunction and the corresponding symptoms affecting one’s health and wellbeing.

The bio-magnetic pair restores health by balancing acidity and alkalinity within the body through the application of pairs of medium intensity magnets with opposite polarity at specific locations.

A bio-magnetic pair is created when there are two anatomical points magnetically connected and in resonance with each other. One is positive (acidic) while the other is negative (alkaline).

On the other hand, bacteria and viruses are not in symbiosis but organize along bio-magnetic pairs, resonating with one another while causing illness. At the negative end of this magnetic dipole will be a bacteria and at the positive end a virus. Their description, which one is pathogenic and which benign, etc. will vary depending on the specific disease and site of the pairing.

In the case of disease, it is possible to restore health through the application of a medium intensity field with a magnetic flux density of between 1,000 to 15,000 Gauss, with such magnets being applied in pairs to affected parts of the body.

Magnets with a positive polarity are used on the positive side of the bio-magnetic pair while a negative magnet is used on the negative side. Thus, by pushing the charges towards one another the pH imbalance is neutralized and entropy restored. Pathogens either immediately die since they cannot survive in a neutral pH environment or they are deprived of their natural domicile and made vulnerable to the immune system of the one receiving treatment.

In the absence of pathogens, the extracellular milieu detoxifies quickly and cellular balance is restored. The body begins healing – often with surprising speed.

In the more than 30 years since discovering the bio-magnetic pair, Dr. Goiz and others have identified over 350 pairs that cover many of the glandular dysfunctions, diseases, syndromes and illnesses that plague mankind, including pairs related to diabetes, tumor processes, HIV, bacterial infection, flu viruses, etc.

In general, simple diseases are produced by a single pathogen with an associated bio-magnetic pair while complex disorders are the result of the association of many pathogens and dysfunctions, with two or more bio-magnetic pairs.

Dr. Goiz successfully treated hundreds of thousands of patients using the technique he discovered. His dedication to progressing the treatment of disease through safe, non-toxic and non-invasive means while leveraging the innate intelligence of the human organism to heal and recover saved many thousands of lives and stands as one of the greatest gifts to humanity of any healer in the 20th century.

1 Dr. Goiz continuously worked to unearth bio-magnetic pairs associated with specific infectious diseases. Having unlimited access to laboratory testing, he readily confirmed diagnoses and associated the presence of pathogens to new pairs he would discover. Conversely, Dr. Goiz confirmed many countless thousands of times the disappearance of these same pathogens subsequent to treatment with his novel methods. See also Frank B. L. (2017). Biomagnetic Pair Therapy and Typhoid Fever: A Pilot Study. Medical acupuncture, 29(5), 308–312. 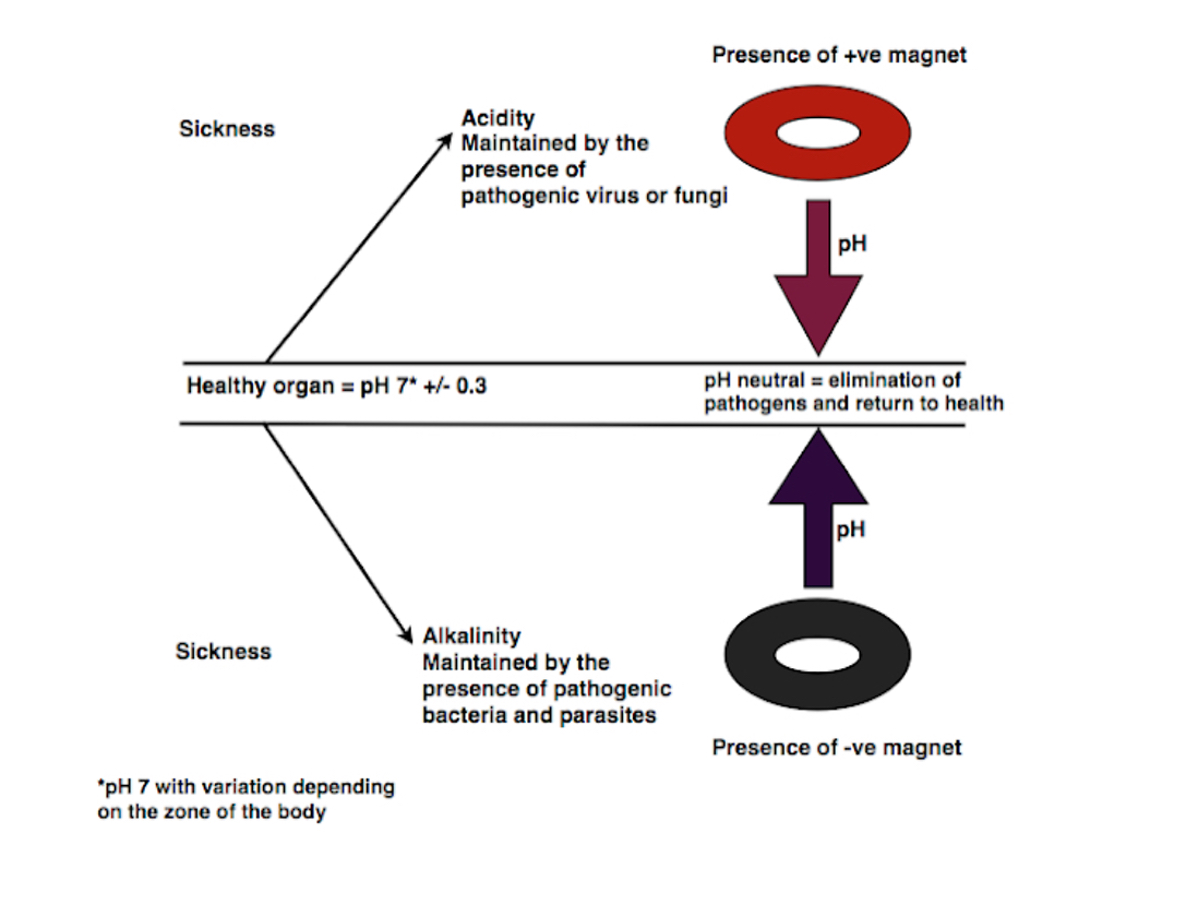